The Chattanooga Mocs were limited to just 25 second-half points and allowed a 18-5 run during the stretch to ultimately drop a 70-58 contest on the road at SEC-member Ole Miss on Tuesday night inside the SJB Pavilion in Oxford, Miss.

Following the loss, Chattanooga falls to 1-2 on the season. Ole Miss improves its perfect record to 3-0 after the victory.

For the second-straight matchup against Ole Miss, both on the road, Chattanooga surrendered a large second-half run that would end up making the difference. In 2018, the Mocs allowed 28 unanswered after leading by five. In tonight’s game, the team saw a 39-37 lead evaporated on the 13-point swing.

"Obviously a tough game, tough result. I thought we battled, particularly in the first half. We did some good things in the half, like keep them off the boards, but we have some things we need to grow from,” said head coach Dan Earl.

“There's a ton to learn from and I thought we battled, but it got away from us in the second half."

Jake Stephens led the team with 16 points while adding in eight rebounds and five assists. Jamal Johnson followed with 15 points in addition to another double-digit scorer in Demetrius Davis with 11.

Chattanooga jumped out of the gates with a 14-7 lead (15:12) on a three-pointer from Jake Stephens and forced Ole Miss into an early timeout. The Rebels responded with a 12-4 run to pull ahead 19-18 with 10:37 left in the opening half.

Demetrius Davis answered with six-straight points to put UTC back in front 24-21 following a successful and-one from the top of the key at the 9:09 mark. The teams went back-and-forth over the next few minutes as they entered the break deadlocked at 33-33.

Ole Miss shot 53.8% (14-of-26) from the floor in the first half but turned the ball over nine times which allowed UTC to score nine points off those turnovers. The Mocs bench was out-scored 14-0 in the first half.

The Rebels opened a four-point lead out of the break before back-to-back threes from Stephens and AJ Caldwell gave Chattanooga a 39-37 lead with 15:11 left in the contest. The home team responded with a 12-2 run over the next four minutes to build a 49-41 lead with 11:03 on the board. 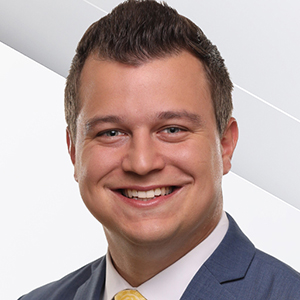