Flores claimed that Wamp violated his client's 14th Amendment rights after she closed the extended stay motel, evicting hundreds of people in the process.

Local 3 News has reached out to Wamp and Flores for statements.

PREVIOUS STORY: A federal lawsuit has been filed against Hamilton County District Attorney Coty Wamp after she filed a petition to evict people from the Budgetel Inn & Suites in East Ridge last week. 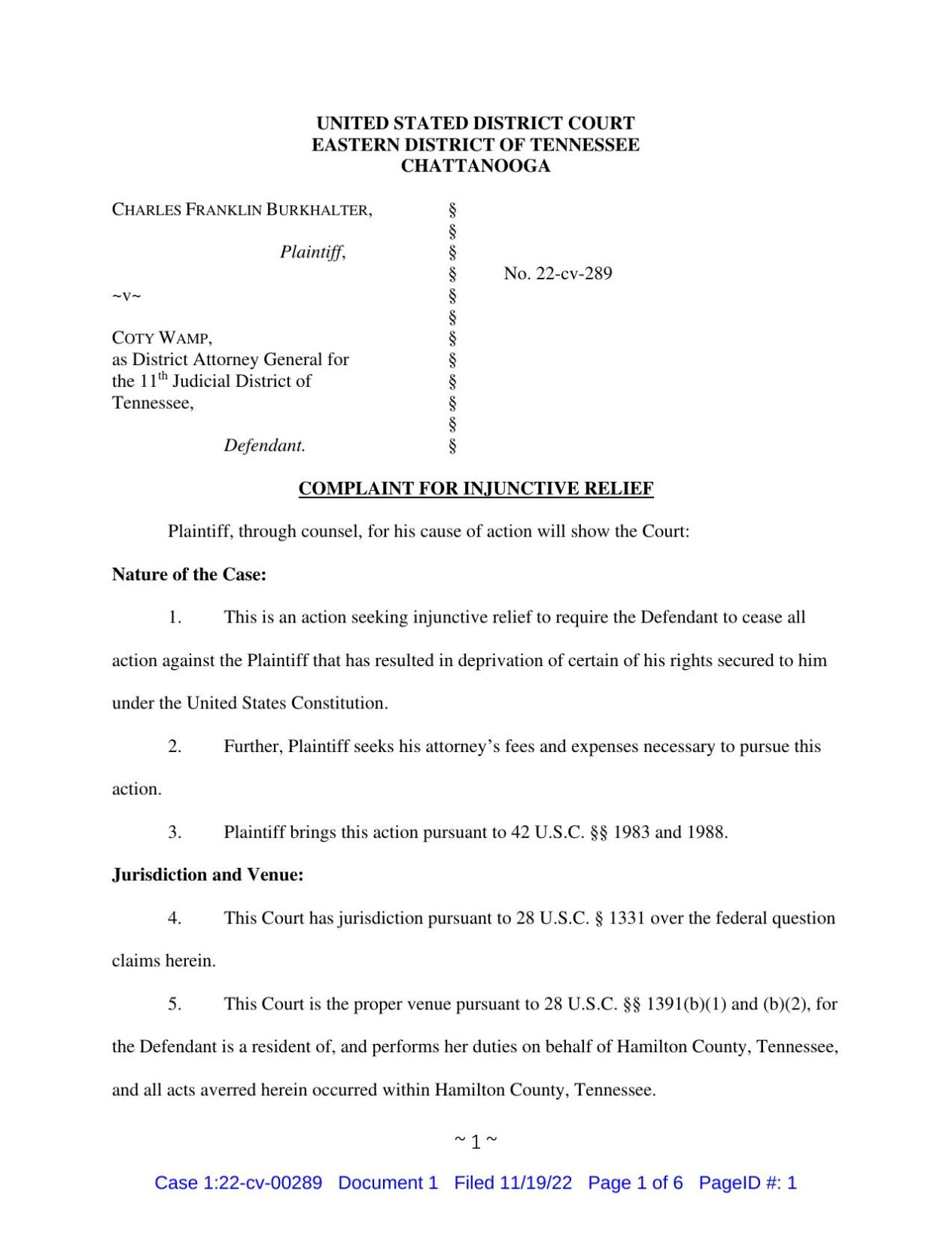 Flores says his client Charles Burkhalter found out the morning of the eviction that the hotel was closing, and has not been able to get any of his personal property.

Flores says this violated the due process clause since Wamp's actions resulted in a seizure of personal property and deprived his client of funds he used to pay for the room.

Local 3 News has learned that a motion to intervene has been filed in Hamilton County Criminal Court by attorney Charles G. Wright who is representing more than 80 residents who were evicted.

These residents say they are innocent of committing any offense that led to the hotel being deemed a public nuisance by Wamp. 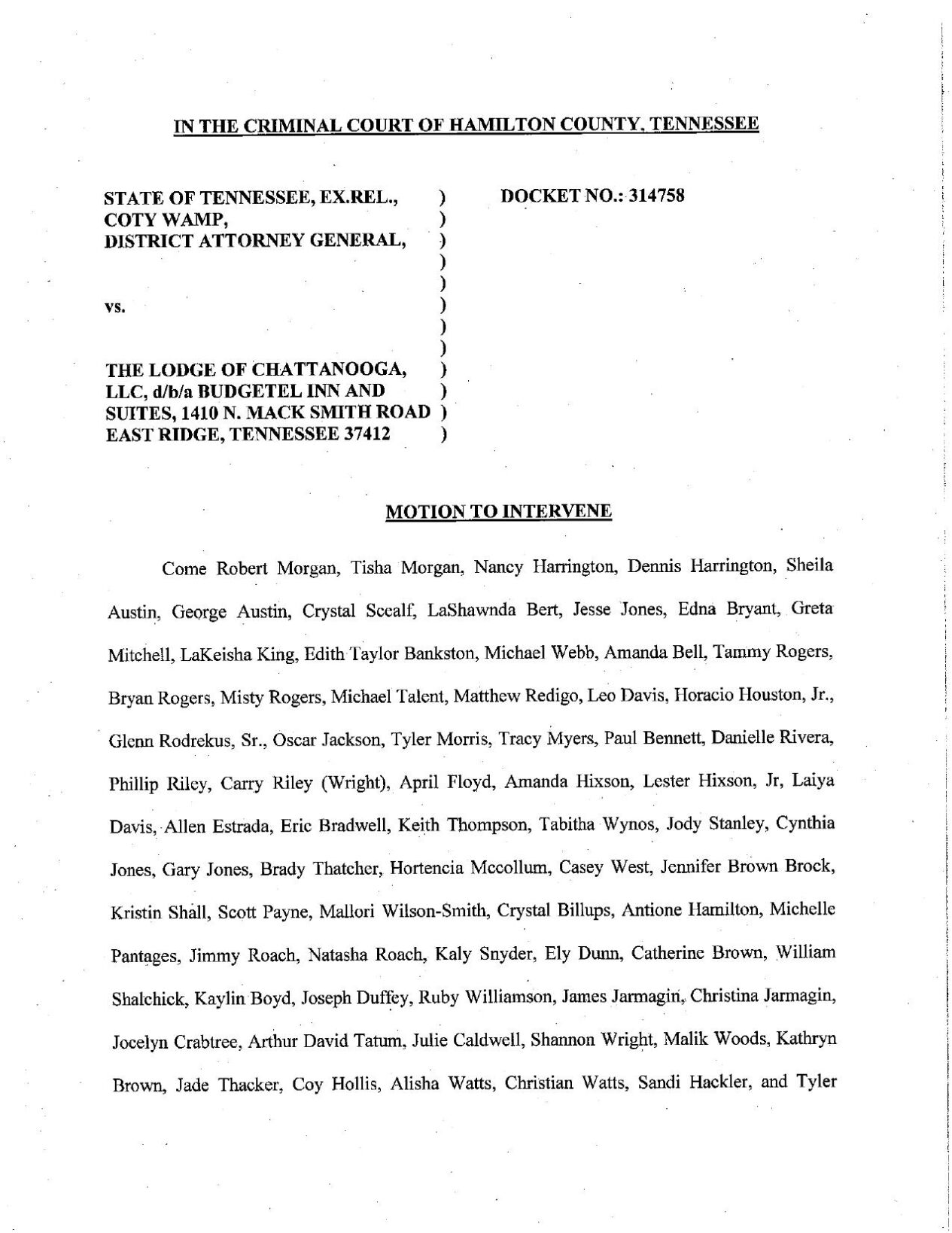 Wamp said in a news conference that her decision was based on a large number of 911 calls regarding the Budgetel Inn and because an unspecified number of registered sex offenders lived at the extended stay.

The motion says that all residents named in it are innocent of the crime allegations made by Wamp and that the judge's order violated the plaintiffs' due process.

Local 3 News reached out to Wamp for a comment, but we were told that is she is not issuing a statement because the case is pending.

However, Wamp gave the following response to our partners at the Chattanooga Times Free Press:

"Since there is now pending litigation, my office will not comment on the case itself," Wamp said via text Monday to the Times Free Press. "However I will say that you are not a true public servant until you have been sued by Robin Flores. I consider it a badge of honor that the same attorney who frequently sues police officers, has now turned his attention to me."

Flores explained residents paying day to day would not be considered 'leasing' the property, voiding their property rights. But, if even one of the residents pays month to month, they would be considered a tenant under Tennessee's Landlord Act and have at least five days notice of eviction.

Wamp says another reason for closing down the hotel is that at any given time a hand full of sex offenders were living there, where kids are staying.

Several organizations are doing everything they can to help families who were kicked out of the Budgetel on Wednesday. They are asking for the community's help in gathering supplies.

The Union Gospel Mission Church confirmed the evictions, saying they are prepared to serve the residents who will be put on the street.