According to Tennessee State Rep. Kelly Keisling, the state is waiving vehicles registration fees for a year.

This apparently began July 1 of 2022 and will last until June 30 of 2023, according to a Twitter post from Keisling.

FYI: Tennessee is waiving the state vehicle registration fees for a year. This began July 1 of this year and will last until June 30, 2023.https://t.co/EavAupa6z7

Tennessee's portion of the fee that is waived will be $16.75 for Class A and $23.75 for Class B vehicle registrations.

Read more information about the waiver on the Tennessee Department of Revenue's website. 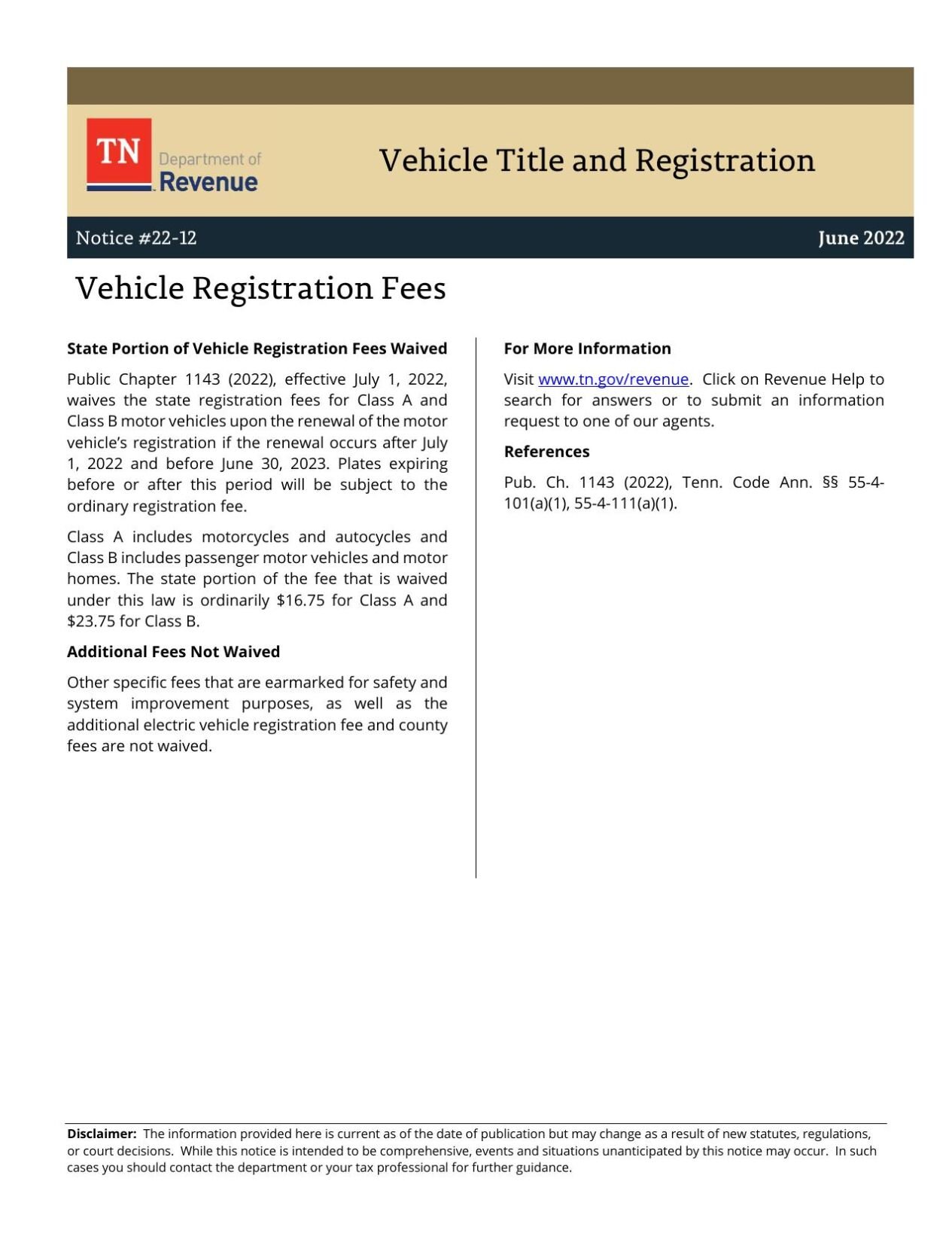