T.G.I.F, everyone! It’s a nice and quiet day around the region. We’re seeing a mix of clouds and sunshine & mild temps. The rest of our Friday afternoon will feature partly cloudy skies with highs warming near 50 in most areas. Tonight, look for clouds to be on the increase, but staying dry. Overnight lows will be in the low to mid 30s.

Saturday will feature mainly cloudy skies. Rain begins to move into the area from the west, beginning in the late afternoon hours. The rain will continue into Saturday night across the region. As colder air begins to filter into the higher elevations, rain will begin to transition to a wintry mix. Look for all rain across the valley locations Saturday night.

Sunday is a Storm Alert Weather Day! Sunday, Rain will begin to transition to snow from west to east, and from higher elevations down to the Valley. The timing of this transition will determine how much snow we see in valley locations. The earlier the transition, the higher the potential amounts. The later, the lower the amounts. Right now, preliminary numbers feature a good 2”-5” possible for the Plateau areas, with 4”-7” for the eastern Blue Ridge mountains. Here in the valley, up to an inch is possible at this time, but if we see the earlier transition, that number could go up.

Temperatures drop into the 20s Sunday night, so black ice will be a concern for any early Monday morning plans. Otherwise look for drier and cool temps to kickoff next week.

Have a great Friday! 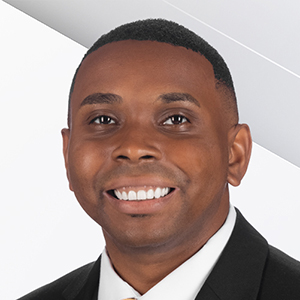 Meteorologist Cedric Haynes joined the Local 3 Storm Alert Team in October of 2021. Cedric came to Local 3 News from WYFF News 4 in Greenville, South Carolina. Cedric is a graduate of Dalton High School and is glad to be back home.