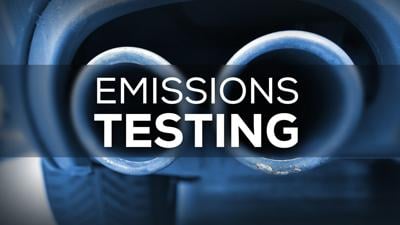 The United States Environmental Protection Agency has given its final approval to end emissions testing in Hamilton County.

TN Sen. Watson and the late Rep. Mike Carter originally passed legislation in 2018 to end the state program requiring annual emissions testing for cars and trucks, citing the financial strain on the state’s most vulnerable residents, but have had to wait for the federal government to repeal the federal portion of the law.

“This is a huge win for the people of Hamilton County,” said Sen. Watson. “The emissions testing has been an unfair burden on all taxpayers in Hamilton County, but particularly our poorest residents, who are forced to remedy auto issues they can’t afford. The testing no longer served a purpose as most modern vehicles are aligned with emissions standards. Rep. Carter and I worked relentlessly to end this now needless government program, and I’m pleased the EPA has finally given the go-ahead to wind it down in Hamilton County. My only regret is that Rep. Carter did not live to see this day.”

According to the Tennessee Department of Environment and Conservation, the approval becomes effective on Sept. 16, 2021, 30 days after publication in the Federal Register.

Residents in those counties who register after Jan. 13, 2022 will not have to undergo vehicle emissions testing.

Watson and Carter sponsored legislation that required Tennessee to apply to eliminate the testing, which is in effect in six counties including Hamilton, Davidson, Rutherford, Sumner, Williamson and Wilson.

Davidson County has chosen to continue its testing. The state originally used the program to improve and meet federal air quality standards under the Clean Air Act, and the testing targeted polluted cities. The application to the EPA made the case that ending testing would not interfere with the state meeting air quality standards.

Cars built in the last few decades are so clean that testing does not meet a specific use today. According to the EPA, new cars are about 98% cleaner than the 1970s due to newer technologies and cleaner fuels, including the phase out of lead in gasoline. In addition, automakers have pioneered innovations that have led to cleaner cars.

Watson and Carter have long pointed to emissions testing’s undue impact on the poor. For people with older cars, a failed test could mean costly repairs to get their vehicle’s sensor to turn off.