The Hamilton County Health Department is warning parents of a mysterious virus affecting children's livers. Doctors said they don't know what is causing this infection.

Hepatitis is infection, or inflammation, or both, of the liver. Doctors said a lot of mild cases show up in children, but this virus peculiar virus is rare.

"We're still working to understand it, we have more questions than we have answers," UTC Professor of Pediatric Infectious Diseases and Children's Hospital at Erlanger CEO Dr. Charles Woods said.

About 8 months ago, the CDC said five children in Alabama were diagnosed with Hepatitis of unknown cause. They had significant liver illness and some had liver failure.

The CDC said all 5 children tested negative for Hepatitis A, B, and C, but tested positive for Adenovirus.

"That virus, we've known about it for decades and it causes mild GI symptoms in children, maybe a little vomiting, diarrhea, but not serious hepatitis known to date," Dr. Woods said.

He said most of the children recovered, but for some it was serious.

"A couple of them have had to have liver transplants from liver failure from this and that's what's gotten everyone's attention," Dr. Woods said.

"I can't tell you this would never happen to your child, but it's a pretty rare occurrence," Dr. Woods said.

Now, other patients with a similar illness are being investigated in other states.

Dr. Woods said they haven't had any patients with this virus at Children's Hospital at Erlanger.

"It doesn't just hit suddenly, where you go from well to really ill in a day, it builds up over time," Dr. Woods said.

If your child is experiencing these symptoms, talk to your doctor.

Dr. Woods said the cause of the reported illnesses is not known.

"We'll know more in the next few weeks or months about this if it persists," Dr. Woods said.

The adenovirus doesn't have a vaccine shot, but Hepatitis A and B shots are required before children head to kindergarten. 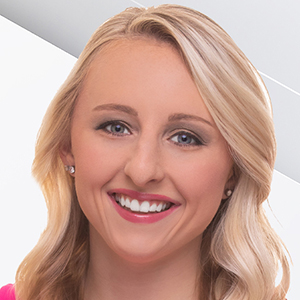 Meredith Aldis is a reporter at Local 3 News. She is from Cypress, Texas and graduated from Baylor University with a major in Journalism and a minor in Criminal Justice.