When looking at what to expect this winter there are a few things to consider.

The first is whether we are in an El Nino, La Nina, or a neutral year. These are terms that reflect the strength of the trade winds and the temperature of the water in the equatorial Pacific. The reason we care about that is it has major impacts on the upcoming weather all across the globe, including here in the Tennessee Valley.

This year, like last year, we are in a La Nina year which means the water in the equatorial Pacific is colder than normal. That pattern typically means the jet stream, or the strong river of air in the upper levels of the atmosphere, runs further north than usual.

In looking at long-range model data there is fairly good agreement among the models that our temperatures in December, January, and February will be warmer than normal. However, the seasonal forecast models stray away from the "dry" leaning of a typical La Nina year. As a matter of fact some data shows a fairly wet winter.

With all of that said, here is my outlook for this winter.

TEMPERATURE - Above normal temperatures with the average temperature for the winter being about 2º to 4º above average.

RAINFALL - We are going with the model data on this one. Even though La Nina typically calls for a drier year, there is enough evidence to suggest we will have at least a normal rainfall year if not a little above normal. On average we get about 15" Dec.-Jan. I am calling for 15"-18" of rainfall this winter.

SNOWFALL - You have probably already guessed, but with the overall warmer-than-normal outlook that would indicate below-average snowfall as well. In the valleys we can expect a trace up to 2". In the mountains we would expect a little more. I would anticipate 2"-4". 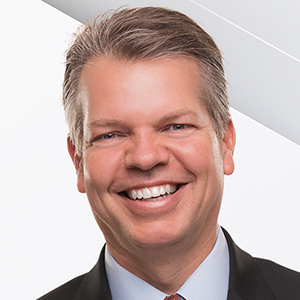 David Karnes became Local 3's Chief Meteorologist in July of 2021. David came to us from SNN News 6 in Sarasota, Florida where he was the chief meteorologist for 9 years. David is a graduate of Soddy-Daisy High School and is glad to be back home.

Alabama drivers being asked to add emergency contact to license