Local 3 News has learned the city of Chattanooga stepped in to suggest the complete demolition of a building that was the site of a partial collapse on January 12.

Public records obtained by Local 3 News showed that a condemnation permit was accepted by the city around 6:45 p.m., seven hours after a wall collapsed on top of a white sedan. No one was inside and no one was injured.

A brick wall partially collapsed downtown this morning on W Main Street.@ChattFireDept says no one was injured. @Local3News 📷: CFD pic.twitter.com/Ra1AsNpNhU

"The building adjacent to me just collapsed," the husband of a woman in a car behind the car that was crushed told a 911 operator shortly after the collapse. "It crushed a car."

Three people were in a blue BMW SUV, which was parked directly behind the crushed car, when strong winds knocked part of the unsecured wall down onto W Main Street.

Building owners told Local 3 News at the time building was in the process of being demolished.

"One vehicle is totally crushed," the husband said during the 911 call, which was obtained by Local 3 News through public records requests. "There is damage to my wife's vehicle, but she was able to escape when she saw it coming down."

Building permits and inspections on the building located about a block west from the intersection of Market Street and West Main Street show the city had approved selective demolition permits in 2021, which would allow for renovations for office spaces on the second and third floors and repairs to the foundation.

"I saw nothing but signs of 'yes, they're doing to start the demolition,'" said Dallas Rucker, director of the land development office for the city of Chattanooga. "They were cleaning the debris out of the road. Everything was moving forward as fast as they could."

The building is now torn down. A spokesperson for the property owners said they plan to finish the demolition process by the end of the week. The company has plans to break ground in the spring on the property, which is meant to become a Caption By Hyatt Hotel.

No lawsuits have been filed yet related to the collapse, according to a spokesperson for the property owners. 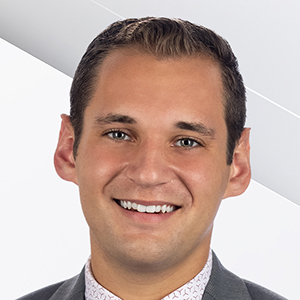 Liam joined the Local 3 News team as a reporter in July of 2021. Before coming to the Tennessee Valley, Liam spent five years living around North Carolina. Most recently, he worked in Jacksonville, North Carolina as a reporter for NBC Affiliate WITN News.