Cash Daniels was 7-years old when he first became concerned about pollution in the water.

Chattanooga’s ‘Conservation Kid’ is leading the fight against pollution.

Cash Daniels’ interest in conservation began at a young age. Daniels was 7-years old when he first became concerned about pollution in the water.

“I've always loved animals and anything that swims in the water. I knew when I saw a plastic straw on the beach that I had to do something. Once I started, I knew I couldn't stop,” said Daniels.

It's called "One Small Piece" and it's about how one person can change the world one small piece at a time.

Last year, Daniels was a TIME Magazine 'Kid of the Year" finalist and he was named one of America's Top 10 Youth Volunteers in 2021.

This year, Daniels has a new goal for the new year. He’s starting a program to talk to businesses about trash.

It's called 'Lots of Litter' and he's asking businesses to clean up their parking lots for one year and measure the amount of trash they collect.

"Anywhere in a parking lot, I see so much trash and I always pick up some because it's always there,” said Daniels.

Daniels’ mom is proud of her son’s effort to make the world a better place.

"When he first started, he was seven. You don't think a child would find their career path at the age of seven. I thought we'd do a few cleanups, it'd be cute, he'd learn a little and his interests would change but that hasn't happened yet,” said his mom, Erin Daniels.

There's no doubt the Chattanooga teen is making a difference and he says anyone can too.

"You're never too young or too old to make a difference,” said Daniels.

Daniels is inviting the public to take part in his first river cleanup of 2023.

It will be from 9:00 a.m. until 11:00 a.m. Saturday, January 7th at Harrison Bay State Park. Bring boots if you have them and a water bottle. Trash bags and gloves will be provided. 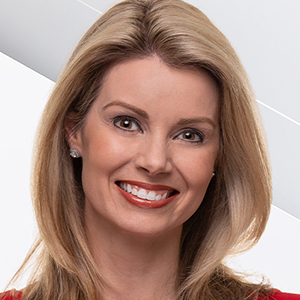