The exhibit begins this Friday and runs through February 27.

Starting Friday, January 27, you can learn more about the Holocaust through an exclusive exhibit coming to Chattanooga.

"Holocaust education is critical for anyone of any faith, of any culture," said Americans and the Holocaust committee member Alison Lebovitz.

Lebovitz devotes her time to increasing education about the Holocaust and the long history of anti-semitism.

"It's something we have seen and experienced well before the Holocaust, it's something that has been on the rise today," said Lebovitz. "So this exhibit that is coming to our public library in Chattanooga, the timing couldn't be more critical."

The Chattanooga Public Library is hosting 'Americans and the Holocaust,' an exhibit that began in the U.S. Holocaust Museum in Washington, DC and is now a traveling exhibit across the country.

"Our public library was chosen as one of only 50 libraries across the United States to host this traveling exhibit," said Lebovitz.

Organizers are also coordinating different performances and lectures to go along with the exhibit.

She recommends only children in fifth grade or higher are exposed to the exhibit due to heavy material, but hopes this fosters discussion about anti-semitism as a whole.

"This real life testament to the horrors that happened so that people can see it firsthand, so they can bear witness to what happened during World War II," said Lebovitz. "But more importantly to foster discussion among people."

The exhibit begins this Friday and runs through February 27.

You can see a full schedule of exhibits here.

This 1,100-square-foot traveling exhibition is based on the exhibition that opened in April 2018 at the United States Holocaust Memorial Museum in Washington, DC. 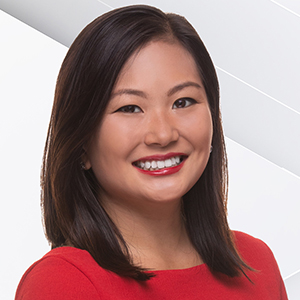 Angela Kim joined the Local 3 News team in August 2020 as a reporter. You can find her reporting during the week and anchoring our weekend morning newscasts.