A cyclist will make his way through Chattanooga Thursday raising awareness about the problem of human trafficking.

A biker will make his way through Chattanooga Thursday, raising awareness about the problem of human trafficking.

"The mission has turned much more into advocating for people to educate themselves and help them become much more aware of what's going on where they live,” James M, an advocate against human trafficking said.

James is biking across the country to raise awareness to fight human trafficking in the United States.

The State Department estimates there are nearly twenty-five million victims in the sex trade worldwide.

"I'm raising money for Silent Bridge. We fight human trafficking worldwide but my real message has kind of turned into over the months, find out what's going on around your area, because without question, it's occurring,” he said.

Working with organizations like Silent Bridge, James has teamed with xquisite.org, The Avery Center, and The Human Trafficking Training Center to combat and fight against human traffickers.

"This is a gigantic problem that's affecting a lot of our youth in America. It's a problem in many different ways. There is not one type of prostitution,” he said.

After retirement, James put his efforts into biking for a cause.

He started a ten day tip at the Canadian border and pedaled more than 460 miles. He has been on this journey for the past ninety days and will hit Chattanooga Thursday.

The final destination of his six thousand-mile journey is Key West, Florida.

"I have a bicycle loaded with 50 pounds of gear and people want to know what I'm doing, and so it's really been an easy opportunity to talk to people,” James said.

He said he enjoyed seeing the sun rise and set from start to finish each day but helping the communities understand this fight is his purpose for pedaling. 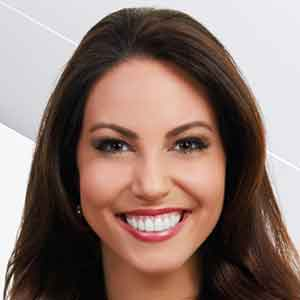 Alyse Zwick joined the Local 3 News in November of 2021, and serves as the Morning Anchor for Local 3 News Early Today.