The Parks and Recreation Director in East Ridge has stepped down after being accused of telling employees to falsify documents. Adam Wilson resigned Monday.

The City of East Ridge hires a contractor to find referees for games at Camp Jordan. Last spring the contractor quit and the softball and baseball leagues were left without umpires. The city couldn't have its employees filling the positions due to a policy. They learned city employees had been the umpire for some of these games and took action.

Earlier this month, the City of East Ridge conducted an investigation into Adam Wilson, the Director of Parks and Recreation. Someone contacted them saying they received a deposit in their bank account from the city, but that person did not work there.

"There were some checks that were written to persons that did not actually do referee work for us in softball and baseball down at Camp Jordan,” said East Ridge City Manager, Chris Dorsey.

Last spring, the contractor that fills those umpire positions quit. It then became the city's responsibility to find workers for that.

City employees were not able to ref these games because East Ridge has a rule of not classifying an employee into two IRS classifications simultaneously. So an employee receiving compensation reported on a W-2 cannot also be classified as an independent contractor receiving compensation reported on a 1099 simultaneously for the city.

"They devised a work around for this for two employees to be able to work down there and to be paid,” Dorsey said.

Wilson had admitted in interviews that he knew two employees filled out a W-9 with a false name so he could pay the city employees for reffing the games.

"We found out that there were W-9s that were falsified, checks that were printed in the names of people that did not work. But the money was given to, the checks were given to employees of the city that did do the work,” Dorsey told us.

This started last April and the city learned about it this month.

The allegations are felonies.

"In both instances the totals were roughly under $500 each, so it's not about the money here, but it's about the fraud,” Dorsey told us.

Mr. Wilson and the other two employees resigned and no longer work for the city.

No charges will be filed. 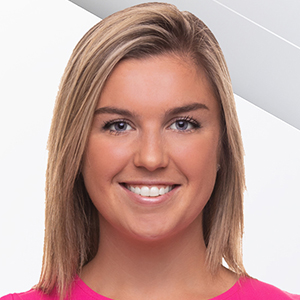 Mary Francis Hoots joined the Local 3 News team as a reporter in September 2019. Mary Francis graduated from Tennessee Tech University in May 2018 where she played soccer for the Golden Eagles. After college, she interned at WSMV in Nashville.